Yes, the fight will go on 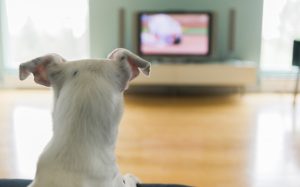 I just got back from the recording of a TV program where I was invited as an animal rights activist to discuss various topics. The other guest was retired Magistrate Denis Montebello who is now the new Commissioner for Animal Rights.   The program, called ‘Insights’ will be aired this Sunday on TVM at 10:30pm with a repeat on Monday morning.

It was a good discussion with various points made but at the end of it, the presenter, Glen Falzon, asked me ‘hasn’t this fight for animal rights been going on for way too long?’

Of course my answer was a downright ‘yes!!’ This fight has definitely been going on for way too long, but clearly, it hasn’t been long enough, because, we still treat animals like property, we still have no proper respect for them and many still have a hard time believing that they too are sentient beings.

Until all this changes, the fight will go on.

In the meantime however let’s not despair. Let’s look at the bright side and congratulate AAA for an incredible initiative that they’ve somehow managed to pull off – a free neutering and chipping campaign for dogs.

Getting the majority of our dogs chipped and neutered is the best chance we have to curb abandonment, neglect, and abuse. So please spread the word. Against all odds, AAA raised the funds and partnered up with four veterinary clinics around the island and are offering this service for free.

Neutering and chipping a dog usually costs around €150 per dog and now it’s being offered for FREE.

If you would like to donate towards AAAs neutering campaign (it costs an arm and a leg to offer all this for free), pleas donate on these SMS numbers: