By Alison Bezzina January 1, 2020 No Comments

I almost didn’t write this post because I really don’t want to moan on New Year’s Day, but at the same time I also don’t have that many positive things to say, not on the animal welfare front anyways.

Together with other animal activists I spent the past year doing the following, pretty much in the order listed below: 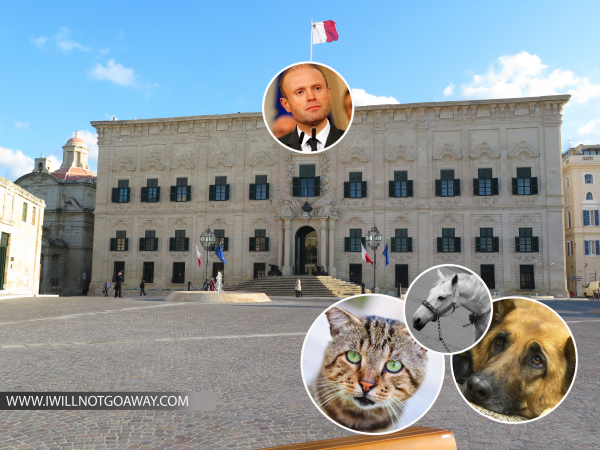 As ridiculous as it felt to have to knock on the PM’s door for help with such a mundane and operational issue, at the time, the reasoning was that we had nothing to lose, that the situation was desperate, that we had already knocked on every other door and since animals were still suffering we didn’t mind being ridiculous, so we might as well try.

And try we did!  We visited the PM (not bearing any gifts), gave him a clear low down on the situation, and left feeling like we were heard. But clearly the PM had much bigger things on his mind and it is needless to say, that despite the many promises, ultimately, we didn’t get anywhere.

So here we are, 365 days later, dealing with the same issues, the same suffering, the same bureaucracy, the same impunity and the same apathy towards animal issues in Malta.

But just like I promised 365 days ago, I’m here to stay, I WILL NOT GO AWAY, and will keep fighting the fight until we see some light at the end of the tunnel.  Hopefully we won’t have to go all the way up to Castille any time in the near future, but if needs be, we will!