We’ve won the battle but not the war

I haven’t written in a while but I can assure you that I haven’t gone away…actually I did, but just for a few days, and whilst I was away, the unimaginable happened – The Chained Dogs law was finally passed on the 5th October!!

As luck would have it, after years of lobbying, meetings, pulling strings, pushing buttons and knocking on doors in order to get this law passed through, it finally happened when I was out at sea for 7 days without an internet connection!

Whilst I still don’t understand why it had to take so many people, so much effort and so much time to pass a law that had absolutely no opposition, I can’t be happier that it finally did. In fact, on behalf of all tethered dogs out there, and also on behalf of those who are being let out on the streets, I would like to take the opportunity to thank all those who contributed to this success… you know who you are.

The law now says the following “No individual can keep a dog tethered, or cause a dog to be tethered, fastened, chained or restrained to a stationary object as a primary method of confinement.”

This means that a dog can and should be kept on a leash when out for a walk but at home, or wherever the dog is kept during the day / night, there needs to be some kind of enclosure for everyone’s safety. The law also stipulates the size of the enclosure.

Should you encounter any chained dogs please call 1717 or the police – technically the owner is breaking the law and the police should be able to get involved (but that’s in a normal country of course).

And now, on to our next battle for our fury friends. 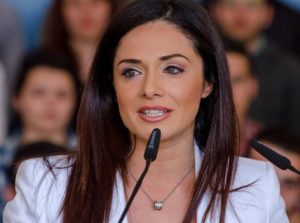 MEP Miriam Dalli who also had a lot to do with the final passing of the Chained Dogs law in Malta,  has now taken on a challenge on a European level.

True to her character, Dalli is pushing mindsets (and hopefully legislation) into new territory, with the aim of improving animal welfare across Europe.

Earlier this year, I held a meeting with MEP Dalli, where  I highlighted the issues with pet welfare and the inhumane conditions of companion animals in air transport.

Dalli listened, actively listened in fact, (which is more than I can say about the many other politicians and people in power that I tried to speak to in the past), and following that meeting, MEP Miriam Dalli presented two Parliamentary Questions to the European Parliament, as follows :

I’m informed that it could take up to 6 weeks for a reply, so watch this space; I will keep you posted.

In the meantime, here’s to you MEP Miriam Dalli.