Last Tuesday, I woke up to this headline – a 25-year old French woman charged with mistreating dog after reportedly punishing him for running away.

I was about to start cheering, but then I went on to read the whole story, and my delight quickly turned into shocking surprise. 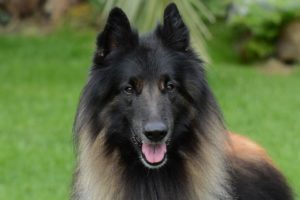 You see, according to the news reports, last Monday when 25-year old Nina Schmitt-Deschamps returned to her home in St. Julian’s in the early hours of the morning and perhaps still tipsy from the night before, she immediately took her Belgian Shepherd out for a walk. Upon returning home, and as she undid the leash, the dog ran away.

As a dog owner I can assure you that this is one of the worse things that can happen to you. All sort of things start to go through your head, and whilst your natural reaction is to run after the dog, it’s the last thing you should do. When it happened to me, the only way I could get Suki to come back home was by walking away from her, which obviously, was the last thing I wanted to do at that point.

Anyway, the French woman called out to the dog and eventually, after what must have been heart-wrenching moments, the dog ran back to her.

According to somebody nearby, this is when the owner smacked her dog twice with the leash. The witness called Animal Welfare and the accused was arrested on the spot.

Despite the fact that the Animal welfare’s vet certified that the dog exhibited no injuries and appeared to be unharmed, the police proceeded with criminal charges, and she was arraigned in court for causing unnecessary harm to her dog, just a few hours after the incident.

At this point the French woman had two choices – either plead guilty and opt to pay the minimum fine which is in excess of €18,000, or plead not guilty and let the court decide in future.

Fearing that her dog would be confiscated, she initially wanted to plead guilty, pay the fine, have her police conduct marred for life, and get it over and done with, but after getting legal advise, she pleaded not guilty.

Until the case continues (and we all know how long that can take), bail was granted against a personal guarantee of €1,000 and on condition of signing the bail book twice a week.

Now, my question is not whether she’s guilty of animal cruelty or not, but how is it possible that so many cases of clear neglect and abuse get sat on for months on end, whilst a case like this, which is not even remotely as grave as others, is treated as super urgent and criminal?

What led the police to proceed so quickly in this case, whilst other reports are not investigated or acted upon for months, or ever?

If we could figure out what the circumstances that led to such prompt service were, we could possibly replicate them for all other reports, and get some cases dealt with as quickly as this one.

In an attempt not to leave any stone unturned I asked Animal Welfare Director Mr. Noel Montebello to throw some light on the matter, but he almost immediately told me to direct my question to Parliamentary Secretary Hon. Clint Camilleri.

But Hon. Camilleri must have been too busy extending the hunting and trapping times at Majjistral Park, to ever get back to me.

In addition, questions sent to the Police’s Community and Media Relations Unit about what led to this case being push forward with such urgency had not been answered by the time of writing.

Here’s an update (of sorts) this story.