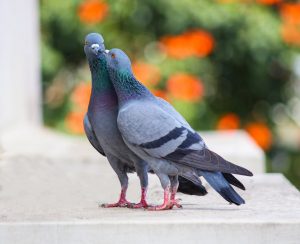 Last week the Cabinet approved recommendations by the Environmental Health Directorate to catch wild pigeons, place them in large cages, and feed them certain food that will allegedly lead to a natural death.

It has taken me a couple of days to react to this barbaric news, firstly because I could hardly believe that the Cabinet – the people we’ve given the power to represent us in Parliament – would do such a thing, and secondly because I was waiting for some clarifications from the Environmental Health Directorate.

I was also hoping that the Animal Welfare Directorate – the directorate that’s supposed to safeguard all animals – would issue a statement.

But 48 hours later, Animal Welfare has issued no such statement, and the Environmental Health Directorate has not found the time to answer my questions, so I conducted my own research into the matter and here’s what I found:

1. There’s nothing (that I could find) about a food that causes a painless, natural death in pigeons.
2. The closest thing that I could find is something called stupefying bait, which drowses the pigeons long enough to then be killed without resistance.
3. In the UK this method was used extensively on pigeons in the 1960’s and the 1970’s but is rarely used now since the licensing system has been tightened up to reduce suffering experienced by the target specie.
4. My research also revealed that this method is not only barbaric but also ineffective and counterproductive, leading to even higher rates of reproduction in pigeons.
5. The reason for its counter-productivity is that pigeons reproduce at a rate based on the amount of available food, so when their population decreases, and food sources remain the same, they perceive this as a good time to reproduce, hence more babies.
6. And finally, there is a much more humane method that can be used, and a much more effective one at that. This method consists of attracting pigeons to nest and lay eggs in particular areas (same hassle as getting them into a cage to feed them poison). Once the eggs are laid they are replaced with fake eggs.
7. Research has shown that when this is done the pigeons keep guarding and warming their eggs for up to 21 days before giving up on the fake eggs and abandon their nest. This prolongs the reproductive cycle and in the long run reduces pigeon populations.
8. For more information about this more humane method click here
9. For more information about the barbaric method that’s just been approved click here
10. If like me, you are disgusted with this decision to kill sentient beings in this way, write to the people who can possibly make a difference. Here are their emails
Minister Hon. Jose Herrera – [email protected]
Parliamentary Secretary Hon. Clint Camilleri – [email protected]
Prime Minister Joseph Muscat – [email protected]
Animal Welfare Director Mr. Noel Montebello – [email protected]