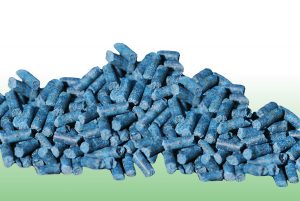 I wanted to let the dust (aka poison) settle before I wrote this blog in response to what I can only refer to as an ignorant and uneducated Facebook user who advised readers to put out snail poison to scare away dog owners and their dogs. 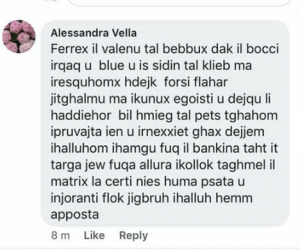 In her post, Alessandra Vella wrote that she had already committed this atrocious and idiotic act of cruelty, a crime in fact,  with the intention of scaring away dog owners and to avoid having them urinate near her front door. Vella proudly claimed that it had worked.

I find it very hard to believe that Vella didn’t think that strays could also find their way to the poison and face a cruel, painful and untimely death. Even one single brain cell would suffice to work this out but, for argument’s sake, let’s give Vella the benefit of the doubt.

Let’s say that perhaps she didn’t know that snail bait is actually deadly to stray dogs and cats, and let’s say that she only suggested this solution to scare away dog owners and their dogs. Let’s not forget, that not so long ago, the Birkirkara Local Council claimed that they did not know that rat poison is also deadly to cats and scattered it at L-Istazzjon Garden where they know there’s a colony of cats which the council claims to ‘love’.

Our long term goal should be to get the authorities to ban these poisonous products all together, but I know I’ll grow old and grey waiting for this to happen.  More productively, my aim here is to educate, so here goes…. if you have the guts to even think about using snail or rat poison to ‘scare’ away dog owners and their dogs, surely you have the guts to watch what happens to a dog or cat that ingests it.  If this does not convince you, perhaps you should Google what happens when a child ingests the same poison.

DO NOT WATCH THE BELOW VIDEOS IF YOU’RE A REAL ANIMAL LOVER OR IF YOU HAVE A SINGLE IOTA OF HUMANITY IN YOU.

Here’s what happens to a dog that ingests snail poison:

Here’s what happens to cats :

And now I need a stiff drink!