Pressing pause but moving at full speed ahead

By Alison Bezzina November 27, 2020 No Comments

It all started with an animal emergency, an unanswered call to the animal ambulance, and the feeling of absolute helplessness and despair that followed…

I have been an animal lover all my life, and I’ve been an activist for as long as I can remember. For twenty plus years I’ve blogged, I’ve lobbied, I’ve marched, I’ve rallied… I did everything I thought could make even the slightest difference in the quality of life of animals in Malta.

Sometimes it worked, most of the time it didn’t.

Three years ago, I started this blog that is entirely dedicated to raise awareness on animal welfare issues.

For three years this blog has given animals the voice they don’t have, and helped animal lovers get their concerns, reports and complaints in front of the right authorities.

As the name of the blog implies, three years ago I publicly pledged ‘not to go away’ and though I will be pressing pause on this blog, I will not be going away.

You see, last month I was offered the position of Commissioner for Animal Welfare. For the longest time I hesitated and even declined the offer. I feared that accepting would mean letting my readers down, and forfeiting my promise not to ever go away.

But after careful consideration, and a few trusted conversations with true animal lovers and activists, I decided to accept the role of Commissioner for Animal Welfare and give it my best shot.

The role of Commissioner for Animal Welfare is very similar to that of an animal activist. The main difference is in the method. 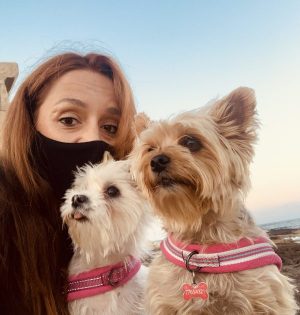 As you can imagine, as Commissioner I cannot be running an activist’s blog, instead I will be working directly with the authorities, promoting and advocating for animal welfare, promoting educational campaigns and social dialogue and making recommendations to the Minister on laws, regulations, standards, and guidelines related to animal welfare.

As the saying goes… if you always do what you’ve always done, you will always get what you always got.