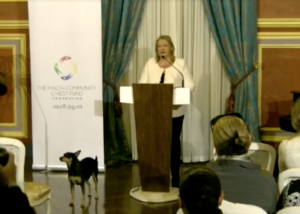 Did you know that just a few days ago, a Presidential event took place during which funds were distributed to 13 animal welfare NGOs?
I bet you didn’t, and believe you me, you’re not alone.

But it did – on the 17th March, The President of Malta herself, distributed the money that was collected from Festa Citru (held in January) to animal welfare NGOs.

For some reason however, whilst similar MCCFF events are highly publicised with much pomp and circumstance, most of us didn’t hear a word about this one.

In fact, the event was kept so much under the radar that not even some very hardworking and struggling animal welfare NGOs were informed about it.

Neither were they informed that if they didn’t physically attend Festa Citru they would get a lesser cut than those NGOs which did.

A Google Search for this fund-distributing event brings up one result from TVM’s website, and I only learnt about it after several NGOs called me to let me know just how cheated they felt with the whole ordeal.

I have my own theory as to why this event was kept as low key as possible, but here are 10 facts to this story which will help you reach your own conclusions.