Read with caution and let it be known that had this happened to me and my Suki, I would be writing this from prison (after having strangled the perpetrators with my bare hands) or a mental institution (after having been stopped from doing so).

Yesterday I read the story about a father and son who were squatting on public land for years and, hoarding animals in awful conditions.   One of the animals found on this land was Jacks – a four-year old beautiful pitbull with the most docile character that you can imagine. 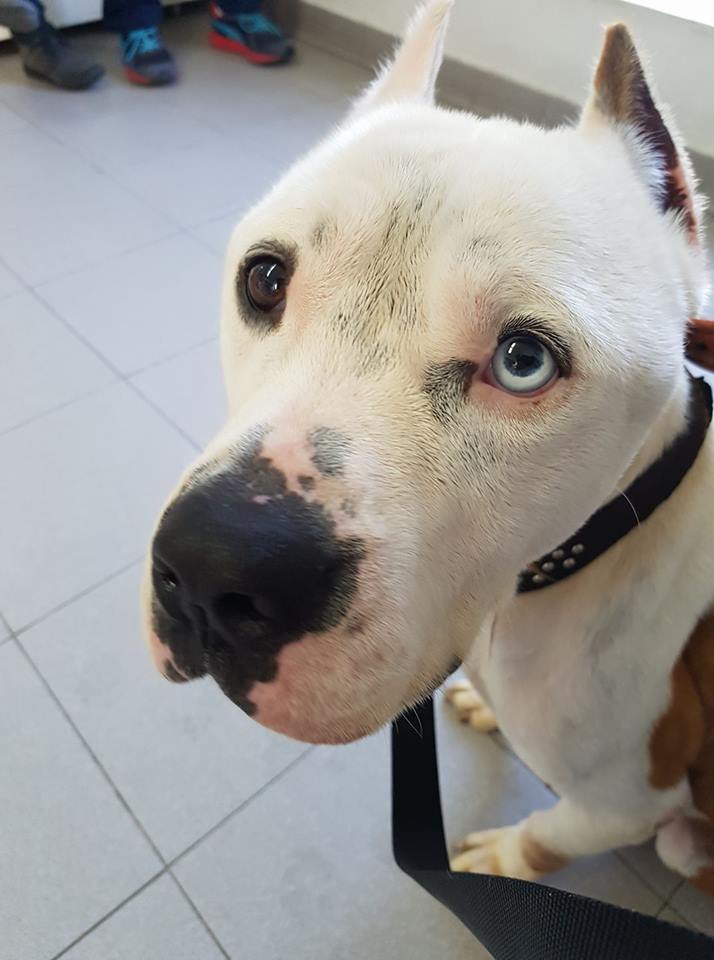 Jacks had gone missing three years ago, when he was still a one-year old puppy.

Thankfully Jacks had been chipped by his owner, so yesterday, Steph Meilak, the owner’s girlfriend, got a call from the Mosta police telling her that they found Jacks, and to go pick him up from Biżbiżija, limits of Mosta.

In total disbelief and emotional eruption, Steph and her boyfriend Ryan, dropped everything and rushed to Mosta as fast as they could, all the way hoping that they would find Jacks in good condition. 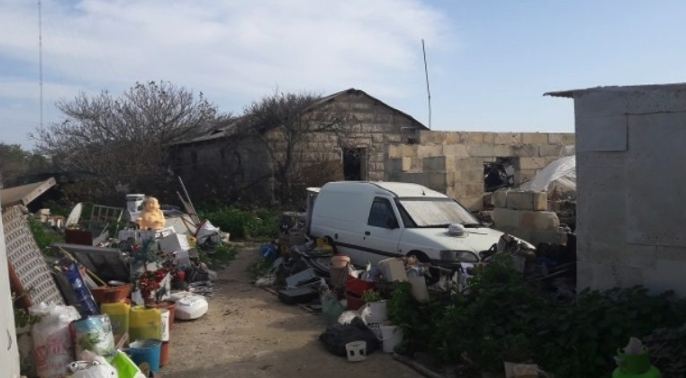 The beautiful dog was found with another 19 dogs, 16 horses and countless chickens and rabbits in squalid conditions, under nourished and clearly abused and neglected.

“We rushed him to the vet,” explained Steph, and luckily he resulted negative to Sandfly. Except for a relentless hunger, Jacks seems to have suffered no major health repercussions from his ordeal. It’s actually impressive how he’s still loving and trusting of humans. After having been through what he’s been through, most humans would be bitter and mistrusting,” explained Steph.

“All these years, our biggest worry was that he was taken by someone who would mistreat him, or use him for breeding or fighting purposes. When he first went missing we searched all over the island for him. We filed police reports, published countless appeals on Facebook, and at one point, after a promising lead, we even went knocking door to door in Rabat. Even though as more weeks and months went by, we started to lose hope, we never really gave up on the idea of finding him. We always dreamt that it would happen one day, and thank God yesterday, our dreams came through,” explained Steph.

Whilst I take the opportunity to congratulate the Police, The Lands Authority and Animal Welfare for their work on this case, I’m saddened to know that had these men not been squatting on public land, and still keeping the animals in the conditions that they were in, they would have been given a warning, or two, or three or even four, before their animals were confiscated. No matter what the law says, this is what happens in practice – and that’s the truth, the sad truth and nothing but the truth. 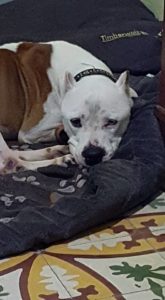 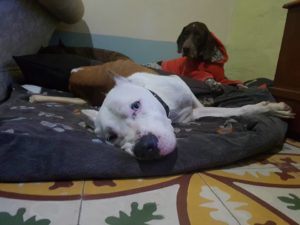 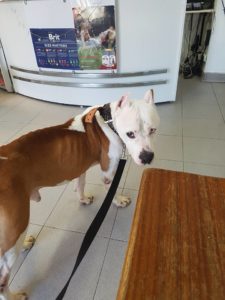 So now that Jacks is safe and warm, back in his loving home, what can WE do about it?

Before this incident, Għammieri was already full to the brink with dogs looking for a home, and now, overnight, some 20 more dogs have been added to the crowd.

Ladies and gentlemen, take my word for it – whilst dogs at Għammieri are not mistreated, are well-fed and have shelter, dogs DO NOT belong there. Dogs belong in loving homes. So if you’re in a position to foster or adopt a dog, please consider doing so.

And if you’re thinking about buying a pure breed this Christmas, DON’T.

Give dogs like Jacks, the life they’ve been deprived of all these years.