Give me some space please ? 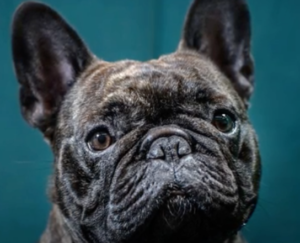 Last week, this 10-month old French Bulldog was travelling with his owner on a United Airlines flight. His owner paid good money to have him fly with her and her children in the cabin. She put him in an airline-approved bag and proceeded to put him under the seat in front of her for the duration of the flight.

However, because the dog’s bag was jutting out slightly into the aisle, a very ignorant member of the crew forced the owner to put her dog in the overhead compartment. The flight was three hours long and after half an hour the dog could not be heard barking anymore.   Surprise surprise, at the end of the flight the dog was found dead.

It is beyond me how a trained crew member could even suggest such a thing, but what emerges even more loud and clear from this tragic story is the greediness of most airlines.

As I’ve already explained here, if only airlines designated proper space for their paying pets, then such things would never happen.

If so called animal-friendly airlines, treated animals the way they should, then for €140 (Europe) the animal should get a seat, or the equivalent space of a seat.

Let’s face it, airlines are in the business of selling space. Selling space on a plane is how they make money and this space is limited, very limited. So, with their inhumane animal policies they’ve found a way how to sell the same space twice!

Clever? Sure
But grossly unfair and cruel too!

The fair options are two:

As you can see in this video, my 4.2kg dog cannot sit nor turn comfortably in an airline approved travel bag. Now imagine that bag being stuffed under the seat in front of me and the dog having to share that space with my feet and stay there with all the netting closed for a two or three hour flight.

And remember, this royal treatment comes at the cost of an additional €70 each way (€140 return).

And yes, I did ask to purchase an extra human seat in order to have more space for the dog’s bag and my feet, but for some reason, this is not an option.