By Alison Bezzina September 3, 2020 No Comments

Yesterday Magistrate Joe Mifsud found a man guilty of keeping at least two dogs in enclosures (cages) smaller than what is dictated by law.

Technically the cages were only a few centimetres smaller than required, but after several warnings from AW officers, the man still refused to comply.

For this, and also for not chipping his dogs, the man was fined no less than €2,500.

Of course, I would have fined him ten times that amount, but this remains an unprecedented sentence for such a situation, so kudos to Magistrate Joe Mifsud who also took the time to write a long educational final sentence clearly showing that he will not take animal neglect, cruelty or abuse, lightly.

Below is a short excerpt from the whole sentence and here you can find the full sentence. 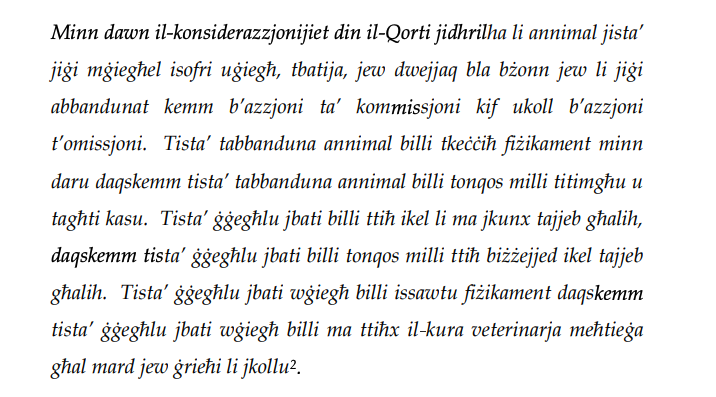