Following a letter that was sent to the Police Commissioner, asking for an update on the case of the alleged killing of the kitten at a Golden Sands restaurant, the activist group, Animal Defence League Malta, held a meeting with Hon. Mario Galea MP. 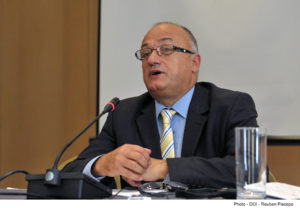 During the meeting Hon. Mario Galea said that he understood the activists’ frustrations and offered a helping hand by tabling the following Parliamentary Questions:
Hon. Mario Galea asked the Home Affairs Minister Dr. Hon Michael Farrugia – in the case of the alleged beating and killing of the kitten in a restaurant at Golden Sands…

The questions are expected to be answered when Parliament reconvenes in October.